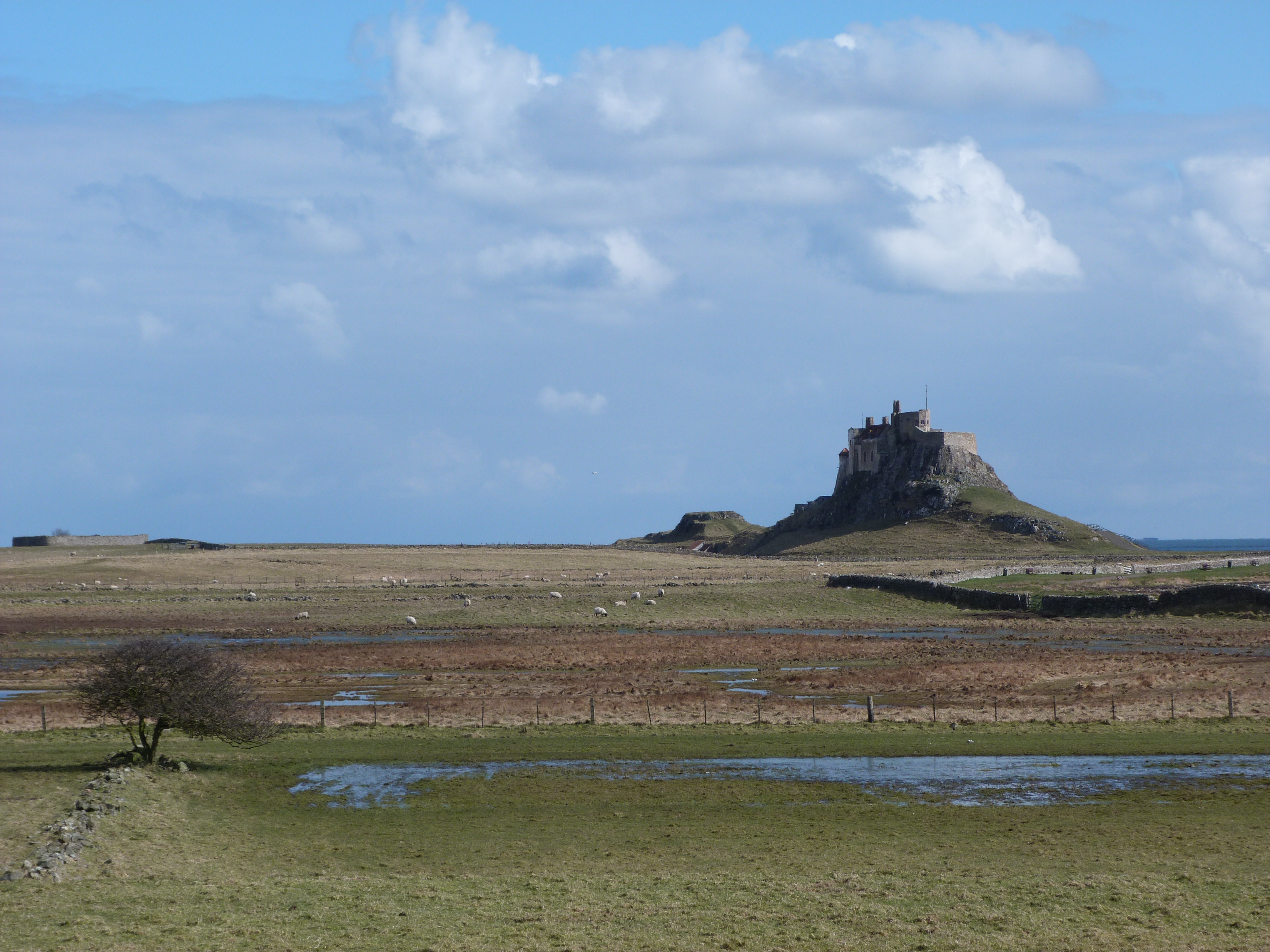 History of the Holy Island of St. Aidan and St. Cuthbert

The name Lindisfarne is one of the few remaining Celtic place names in the area. It is thought to derive from a small stream (the Lindis) which appeared only at low tide. The ‘farne’ element is Celtic for ‘land’. The monastery of Lindisfarne was founded in or about AD635; the site is now marked by the ruins of the medieval priory built around 1083. Today, a close community of some 200 people live on Lindisfarne, most of them making a living from fishing or the tourist trade. Until the construction of the modern causeway, residents and visitors alike were obliged to follow the track we take across the sands, exactly as the medieval pilgrims would have done. The first Christian mission to Anglo-Saxon Northumbria was sent by Pope Gregory the Great in 601, but there was a substantial resurgence of Paganism in 633. Two years later, King Oswald sent to Iona for priests and a fresh mission led by St. Aidan, founded the monastery of Lindisfarne. Aidan and his companions travelled the length and breadth of Northumbria, preaching and baptising. By the time of his death in 651, the Christian faith was firmly established in the area. St. Cuthbert was born about the time Aidan arrived from Iona. He entered the monastery of Melrose soon after Aidan’s death, having seen it in a vision whilst caring for sheep in the Lammermuir Hills. After a period of study under Bestowel (or Boisil), the saintly Prior of Melrose, he was ordained priest and began to journey about Northumbria, preaching, administering the sacraments, and rapidly acquiring a reputation for holiness and the possession of miraculous powers

He succeeded Bestowel at Melrose and was eventually sent to Lindisfarne to reform the community, whose discipline had sadly slackened. He seems to have been a practical and warm-hearted man whose many miracles often involve delightful animal stories. Cuthbert, however, was more and more attracted to a life of solitude. He began to withdraw from the monastery to a tiny islet just offshore. Later he moved to the greater isolation of Inner Farne off Bamburgh, where he built himself an hermitage from which he could see nothing save the sky. The remains of the hermitage and of his tiny garden can still be seen. Stories abound of his time there from the day he arrived and had to banish hordes of evil spirits infesting the site, to his habit of standing neck-deep in the North Sea for hours on end engaged in prayer and meditation. After these immersions it is said that the Sea Otters would come and dry him with their fur. Cuthbert is said to have requested a monk who saw this to keep silent on the matter-but word got out! Any enthusiastic candidates for such meditations should consider the temperature of the water, and the scarcity of otters in these parts nowadays. Cuthbert’s name became attached to the Eider ducks that are relatively common around the island (‘Cuddy’s Chickens’) and to certain small fossils which occur on the island (‘Cuddy’s Beads’). For years, Cuthbert lived alone on Inner Farne, visited occasionally by his own community and others from far and wide who had been attracted by his growing reputation. Eventually his superiors and colleagues began to press him to return and in 684 he reluctantly accepted election as Bishop of Lindisfarne; he was invested in York on Easter Day by Primate Theodore, in the presence of King Egfrid. For 2 years, Cuthbert undertook his duties before returning to his hermitage on the tiny island as his life drew to its end. He died on 20th March 687, attended by a small group of his brethren, and his passing was signalled across the sea to Holy Island by the waving of torches. In the 10 years that followed, a carved oak chest (of which fragments remain in the Crypt of Durham Cathedral) was prepared to receive his relics, and the Lindisfarne Gospels were written and illuminated in his honour. As Cuthbert had (unenthusiastically) foreseen, pilgrims began to flock to the shrine and miracles were soon recorded.